Monday Morning Musings: Who wants to write a book?

Writing a book is something I’ve wanted to do since I was a kid.  But saying that sounds like something a lot of people say.  Is writing a book something that a large percentage of the population have on their “want to do” lists?  Is it one of those common secret desires like wanting to be a world famous singer? (C’mon, admit it, you’ve wanted to be the next Celine Dion or Spice Girl at least once in your life, right?) 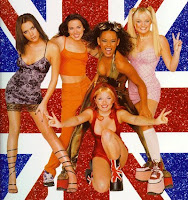 So let’s say it is one of those things a lot of people want to do.  I have to wonder then – what makes me any different to anyone else? I’ve shelved this desire of mine for many years now – and it was totally locked away and untouched for most of my life thus far.  I’ve just been too occupied with other things to give it any more than a passing thought – although the urge to write has always been there.
What is going to make me actually do this thing that many people want to do?  I don’t know to be honest.  All I know is that lately this urge to write has been stronger than ever.  In the last couple of years I’ve gone beyond just having the thought and ideas to putting pen to paper – er, fingers to the keyboard.  I’ve written several chapters of the same story.  And the irony is, I’m doing this right at the time of my life when I’m at my busiest and most sleep deprived.  Go figure!!
One thing that is helping to keep me motivated is doing this blog.  It’s exciting sharing about great books we’re reading and inspiring to be meeting with great authors 🙂
It is certainly hard to get any writing time at the moment with my two young tots needing me around the clock, seven days a week.  It’s frustrating, but I’m persisting when I can.  Sometimes I go a few weeks with nothing written, but during that time I’m still working on my characters and plot in my head (and jotting the points down as necessary of course!).  I’ve often doubted whether I could come up with enough “happenings” to fill an entire book.  In the last couple of weeks I’ve had great epiphanies – mostly in the shower! – of where I can take my characters and my story, and I’m actually quite excited now.  I think perhaps I can create an entire story from start to finish – maybe, just maybe!
So I’ll keep plodding along with my first manuscript.  It’s probably going to take a long time to get it out in between nappy changes, toddler tantrums and teething.  But hopefully the motivation will sustain until I finish it.  That’s my goal for now – to finish my manuscript in first draft.  A story from start to finish.  My mind can boggle over editing processes and the pathways to getting published afterwards.  By then I might be contending with adolescent tantrums instead!

It has been difficult for me to write this post because I’m very hesitant about telling people I’m attempting to write a book.  Mainly because I fear what people might think – “You? Write a book?” or “Doesn’t everyone?” whilst internally rolling their eyes.

My greatest concern comes from the fact that if I tell people what I’m doing, I am putting pressure on myself to follow through.

Have I just liberated myself? Or set myself up for humiliation?