Women across the world love a hero – a man capable of making a girl go weak in the knees, sigh dreamily and grin like an idiot. These heroes come in all different types, as each girl is different.
What is my idea of a hero? I’ll give you some examples. 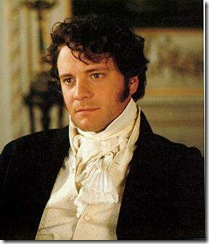 Mr. Darcy from Pride and Prejudice played by the delectable Colin Firth in 1995’s stunning BBC adaptation. Why do I like him? Besides the obvious good looks it’s the awesome sarcasm and how he’s determined to not love Elizabeth but he still can’t help himself! To make him a real hero though, he’s got to fail. He does this in spectacular fashion when he proposes to Lizzie at Kent. I still cringe when I see that scene and can’t believe anyone would actually say those words and expect a positive response from a girl! Like all good heroes who fail; he is redeemed in the end. What makes him a true hero to me is his willingness to ask for her hand one more time. Now most guys would really struggle to do that, especially after the dressing down he received from Lizzie. 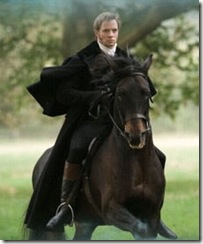 Captain Frederick Wentworth from 2007’s Persuasion played by Rupert Penry-Jones. I’ve wrestled with why he is a hero to me for some time. The simple truth is that he loves Anne and has always loved Anne. Even when anger and wounded pride colour his decisions, it’s plain he still cares for her. No one looks that intently at a woman without having any feelings! Again, he’s man enough to ask her a second time for her hand in marriage. I love these gutsy guys!
My final hero actually comes from a book – about time huh? It’s Grady McKenzie from Denise Hunter’s Sweetwater Gap. He’s the one you might recall from my previous MMM post, Old Friends, in which I declared I’d marry him if I got to live in a fictional world. He tops my hero list. He’s a strong capable man who lives by truth and integrity. Josie can’t intimate him but loves that she’ll challenge him all the same. He’s tough when it counts and gentle when he needs to be.
I can’t get enough of watching Pride and Prejudice, Persuasion or reading Sweetwater Gap. I go weak in the knees, sigh dreamily and grin like an idiot when I’ve spent time with any one of these literary heroes.
Note: I also love Darcy and Captain Wentworth in the books Persuasion and Pride and Prejudice. They are my literary heroes. They were just played so wonderfully by Firth and Penry-Jones.
Stay tuned next week when Helen shares who her heroes are!
Who are your heroes? Tell us why – we’d love to know!