You might have seen my post earlier in the month about the fact that I’d entered Seekerville’s March Speedbo challenge.  Or at least, you’re wondering what on earth that crazy caricature was at the top of our blog (which is gone now, but see below). 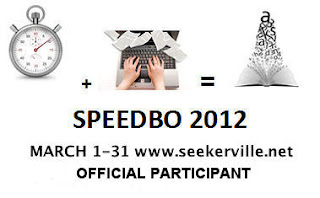 Well, my goal for Speedbo was to add 20K words to my manuscript.  Initially I had wondered about what size goal to set, and settled on 20K thinking that it would be fairly manageable for me.  I can usually write 1K in an hour, so I figured I’d need to find 1 hour a day on most days in order to reach my target.  That gave me wriggle room for when the inevitable disruptions occur from having young kids (and life in general!).
I’m so thrilled to report I have reached my goal! And I did it with several days to spare 🙂  I didn’t really know if I’d be able to do it, and I’m ecstatic that in the end it wasn’t that difficult to do.  In fact, I feel like it’s a target I could reach on most months.

So, how did I do it? How did I go from having spent about a year writing the first 18K, to getting the next 20K done in just 20 days?
First of all – and this helped enormously – back in January I had completed a rudimentary plot structure based on Michael Huage’s 6 stages.  Tina Radcliffe over at Seekerville did a blog post on this last December, doing a wonderful job of summarising this 6 stage plot structure in a way that even a novice like me thought, “Hey! That makes sense! I can do that!”  And what do you know, I did do it – so I had a basic story outline from start to finish.  This means I’d already worked out what was to happen in the story, and where it was going to end.
Next thing was to make my writing a priority.  I recorded most of my TV shows instead of watching them, and I reduced how much time I usually spent on reading – which really, was the hardest sacrifice of them all 🙂
Then I had to work out when I was going to do my writing.  I basically had two options – in the afternoon when my youngest daughter has her nap, or in the evenings when both girls are down for the count.  Now, I don’t usually get quiet in the evenings until at least 8:30pm.  Then I often still need to eat dinner, clean up etc.  So writing time doesn’t happen until about 9:30pm.  But that’s okay.  I’m a night owl.
I juggled these two windows of opportunity each day, depending on how things were panning out.  A night of constantly waking up to attend to the kids usually meant I’d nap the next afternoon instead of write.  But this would give me the energy to stay up late writing in the evening again.  Sometimes I’d get 500 words in the afternoon, and finish off another 500 in the evening.
Much to my surprise, after a while I even managed to squeeze out a couple of hundred words here or there on my laptop whilst sitting with my daughter whilst she watched her shows.  I didn’t think I’d be able to concentrate, but it seems after getting in the habit of writing regularly, it became easy to get in the zone, and tune everything else out. 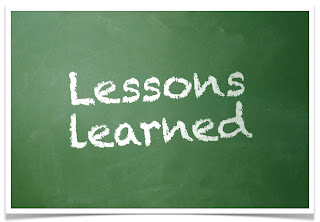 I hope this inspires others out there who are still dreaming of writing their first book!