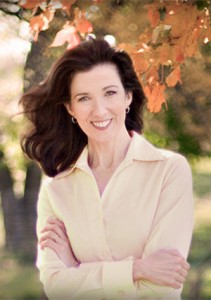 Elizabeth Camden writes historical romance novels that jump off the page and land right into your heart. It was so much fun doing this interview and getting to know Elizabeth better!

Today we’re giving away a copy of Elizabeth’s upcoming release, “Against the Tide”.  See the end of this interview for how to enter.

Thanks so much Elizabeth for joining us on our blog today. Can you tell us a bit about yourself? Any hobbies you have?

Hi Jess….thanks for asking me aboard! Although I like to write big, sprawling romantic stories, I’m afraid my personal life is terribly mundane. By day I am a librarian at a small college….which is a terrific job for someone who loves books and research. I am married to a phenomenal man, and I inherited his two (then adolescent) daughters. They are now grown and out of the house, so I needed a new pastime. I turned to writing books…..and now here I am on your blog!
Jess: That doesn’t sound mundane to me at all! 🙂
You write Historical Fiction with a strong element of romance. What is it about this genre that you love so much?
For me, the romantic aspect of a novel is always the best part. I usually put the romance front and center, although when I say “romance” I am not talking about poetry and roses and chocolate. I am more interested in the Beethoven-type of romance. I like the dark & stormy, the soaring joy and crashing back down to the earth, then rising again into the clear light of daybreak. This is risky in a novel. The reader needs to have confidence in the inherent goodness and wisdom of the lead characters in order to want to go along for the ride.
Michael from the Rose of Winslow Street had such a strong presence. It blew me away at first, so much so that I had to stop reading for a couple of weeks!  What inspired you to write him?

Yup…Michael is a very strong presence, and although most readers latched on to him immediately, some took a while to warm up to him, and others put the book down after the first chapter because they could not tolerate him!
Here is the thing…..I wanted The Rose of Winslow Street to be a celebration of manhood. Raw, brawny, unabashed manhood with all the magnificent things that come along with men… but these tough, masculine qualities often come bundled with habits that drive women nuts. I am sorry when I hear women in contemporary society denigrate men or undermine our boys in an attempt to scrub those masculine traits away. Good, honorable men are the engine and the fuel that makes this world go around. Yes, they often have a crude sense of humor or act like slobs on the weekend when a good football game is on, the beer is cold, and the wings are hot. So what? My husband moves mountains during the work week, and if he wants to kick back with a football game on the weekend, I’m happy to bring him a cold beer and make the nachos. I wanted to feature this sort of big-hearted hero in The Rose of Winslow Street. I confess it was a little risky opening the book with all these qualities laid out so bluntly…..but it was A LOT of fun to write!
Jess: Oh yes Elizabeth, Michael certainly made an impression! But he won me over in the end 🙂 Michael certainly trips over himself a few times in the book, but he’s was so lovable one couldn’t dislike him forever!
How much time do you usually spend on the research element for your books? Do you visit locations and conduct interviews?
I do a ton of research, but most of it is from the comfort of my home office. I am a librarian, so I have access to a bottomless well of resources, and know how to track down the factual details of what I need. I also love to read memoirs written during the era I am writing about. For The Rose of Winslow Street, I read a memoir by Princess Ileana of Romania, upon whose experiences I drew to flesh out the character of Lady Mirela. Many of the details I inserted about life in Romania were drawn from Princess Ileana’s memoir. I think they helped add a fresh and quirky insight that had a ring of truth because they were true! I wrote a bit about Princess Ileana on my blog, which you can see here:

Jess: Sounds like a very interesting memoir to read.
I understand from your blog that you’re next book is about Bane, whom we first met in The Lady of Bolton Hill? This is so exciting! Can you tell us more about it?

Yes ma’am! Bane was the charming, wickedly clever dare-devil from The Lady of Bolton Hill. He was only 17 years old in that book, but he was an overwhelming force who stole every scene he in which he appeared. I knew I had to think long and hard to develop a female lead who could match him in terms of wit, resilience and intrigue….and yet still be a sympathetic woman with a deep gash of vulnerability. Lydia Pallas is hands-down the best female lead I’ve ever written. She is fluent in seven languages, landing her a position as a translator for the U.S. Navy. That talent brings her into contact with Bane…..now all grown up and ready to set the world on fire. Bane needs Lydia’s ability to translate a bunch of documents from eastern Europe to help crack a smuggling ring. Despite Bane’s relentless charm, beneath that façade he is a stone-cold man driven on a mission. He never expects to fall in love with Lydia…..and knows that doing so could derail his lifelong mission. My favorite part about writing Against the Tide was dismantling Bane’s carefully constructed defenses and having him fall headlong in love. I think this is the most romantic book I’ve ever written. Look for it in October of 2012.
Jess: I’m looking forward to meeting up with Bane again and meeting Lydia! She sounds awesome. So excited!! 🙂
When you get writers block, what do you do to try and get out of it?
My theory is that writer’s block is what happens when your writing is predictable. I’ll scan my manuscript and try to pinpoint the moment the writing became predicable and flat. I then brainstorm the answer to questions such as what is the worst thing that could happen to the heroine right now? The most unexpected? The most dramatic? So long as the answer makes sense with the rest of the manuscript, it is almost always a quick jolt of energy that can get things flowing again.
If you could be any fictional book character for a day, who would you be, and why?
In all honesty…..I wouldn’t trade! Not even for a day. The very best novels put their characters through untold misery, and I am way too much of a safety girl to sign up for that!

Jess: Maybe you could be one of them on one of the rare good days their author’s give them! 🙂

What do you know about Australia, and is there anything in particular you would like to see if you came for a visit?
I’ve never been to Australia, but my husband has been several times. He used to do a lot of business with the Australian Airforce, and the stories he tells about those guys have me howling. In short, he says the Aussie pilots are as fierce as they come, and “anyone who would pick a fight with those guys are insane.” He also has great things to say about Manly Beach. Coming from someone who has lived on the two most famous beaches in the United States (Santa Barbara, and all along the coat of Florida,) he is an expert….so Manly Beach would absolutely be on my list of things to see.
I also remember a great mini-series on BBC called A Town like Alice. The countryside around that town reminds me a lot of where I grew up in Texas, so the Alice Springs area might be nice (especially if Bryan Brown is still there!)
Thanks so much for inviting me on board! I am thrilled that my books are making it to the other side of the globe, and would love to come visit sometime!
Jess:  We’re thrilled to have you here Elizabeth! We can certainly promise great beaches and Alice Springs…um, I’m not so sure about Bryan Brown though! 🙂
Find Elizabeth Camden on the Web

We’re giving away a copy of Elizabeth’s upcoming release – Against The Tide.  Please bear in mind that since this book will not be released until 1st October 2012, the winning copy will not arrive until after then 🙂

To enter the competition, all you need to do is complete the form below.  See our policies page for further conditions.

If you opt in for any of these bonus entries, please indicate so by ticking the appropriate boxes on the form.

Please also leave a comment on the post after filling out the entry form (don’t forget to submit the form first, or your entry won’t go in!).  Elizabeth (and we!) would love your feedback and to know you’ve dropped by.

Dear readers: Utilising the links found on this blog when purchasing books helps to support this site – a labour of love for two stay-at-home mums.  We thank you for considering us!