I’ve read some great books this year, but I know the best is yet to come.  And it’s coming soon!

There are three books soon to be released which I’m very excited about.  If you haven’t already pre-ordered them, do so now as the pre-order prices are hard to beat.

Here’s what I’m looking forward to: 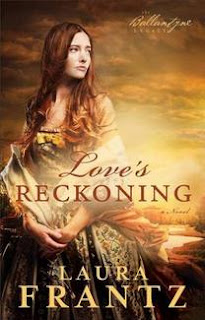 Regular readers of our blog will know that Laura is one of my absolute favourite authors.  Love’s Reckoning is her fourth book release, and the first book in a new four book series.

When I want to absolutely lose myself in an historical setting, and fall madly in love with a heart-stopping hero – I turn to Laura’s books.  And how dramatic does this cover look?? I can’t wait to read this new one!

On a bitter December day in 1785, Silas Ballantyne arrives at the door of master blacksmith Liege Lee in York, Pennsylvania. Just months from becoming a master blacksmith himself, Silas is determined to finish his apprenticeship and move west. But Liege soon discovers that Silas is a prodigious worker and craftsman and endeavors to keep him in York. Silas becomes interested in both of Liege’s daughters, the gentle and faith-filled Eden and the clever and high-spirited Elspeth. When he chooses one, will the other’s jealousy destroy their love?

In this sweeping family saga set in western Pennsylvania, one man’s choices in love and work, in friends and enemies, set the stage for generations to come.

Love’s Reckoning is the first entry in The Ballantyne Legacy, a rich, multi-layered historical quartet from talented writer Laura Frantz, beginning in the late 1700s and following the Ballantyne family through the end of the Civil War.

Our Reviews of Laura Frantz’s Novels 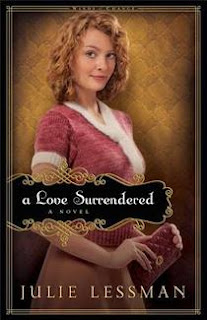 A Love Surrendered by Julie Lessman

Julie is my go-to author for non-stop drama and fiery characters.  A Love Surrendered is the final O’Connor family book, and I’m keen to see how things work out for the youngest brother, Steven.
A Love Surrendered will be released 1st October 2012

Orphaned in Iowa, Annie Kennedy moves to Boston to stay with her spinster aunt. She longs for romance to fill the void left by her parents’ death. But when she falls hard for Steven O’Connor, the man who broke an engagement to her sister, Annie is worried. Will he break her heart too when he discovers who she really is?

A Love Surrendered is everything Julie Lessman’s many fans have been waiting for.

Our Reviews of Julie Lessman’s Novels 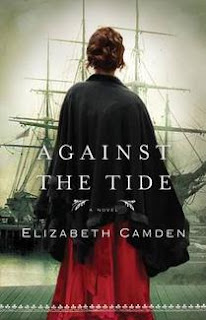 Against the Tide by Elizabeth Camden

This is the follow up book to The Lady of Bolton Hill.  It’s the story of Bane – who was formerly a mastermind of the drug world.  I loved The Lady of Bolton Hill – Elizabeth’s writing is clear and concise with strong characters.  I can’t wait to find out what has become of Bane!
Against the Tide will be released 1st October 2012
Pre-Order Now from Amazon
Love and Lives are Threatened in Camden’s Latest Offering

As a child, Lydia Pallas became all too familiar with uncertainty when it came to the future. Now, she’s finally carved out a perfect life for herself–a life of stability and order with no changes, surprises, or chaos of any kind. She adores her apartment overlooking the bustling Boston Harbor, and her skill with languages has landed her a secure position as a translator for the U.S. Navy.

However, it is her talent for translation that brings her into contact with Alexander Banebridge, or “Bane,” a man who equally attracts and aggravates her. When Bane hires Lydia to translate a seemingly innocuous collection of European documents, she hesitantly agrees, only to discover she is in over her head.

Just as Bane’s charm begins to win her over, Lydia learns he is driven by a secret campaign against some of the most dangerous criminals on the East Coast, compelled by his faith and his past. Bane forbids any involvement on Lydia’s part, but when the criminals gain the upper hand, it is Lydia on whom he must depend.

Our Reviews of Elizabeth Camden’s Novels

I see deliciously late nights in my horizons!  Is there anything yet to be released this year that you’re looking forward to?

Utilising the links found on this blog when purchasing books helps to support this site – a labour of love for two stay-at-home mums. We thank you for considering us!