Rose Dee’s latest contemporary romance, A New Resolution, released earlier this month.   This is the third and final book in the Resolution Series. The first book of the series, Back to Resolution, was recently awarded the Bookseller’s Choice at the 2012 Caleb Awards.

Take a look at the cool cover and read the blurb: 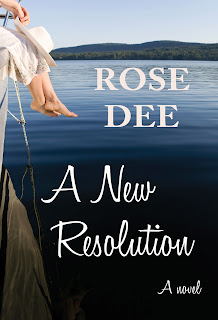 Resolution Island is a safe haven for Anika Deumer. A chance to fulfill dreams, find her place in the world, and a new life for her and young son, Kye. But her dreams of a future are shattered when her son’s security is challenged, and the rich and privileged Texan, Nate, sails into the bay. Now Ani must not only fight for her son, but also a growing attraction she has to the one type of man she loathes.
Nate Hollingsworth is on a mission. He needs to fulfill his mother’s last wish and change his life. Dropping anchor in the idyllic Resolution harbour, he didn’t anticipate becoming involved in illegal fishing, a murder or an unexpected attraction to the most exasperating woman he has ever met. The Australian tropical Island, Resolution, sets the scene again for adventures, dreams and new beginnings.
Rose has kindly offered a signed copy to one of our readers. To enter the draw, please complete the entry form below (don’t forget to submit the form first, or your entry won’t go in!). See our policies page for further conditions.